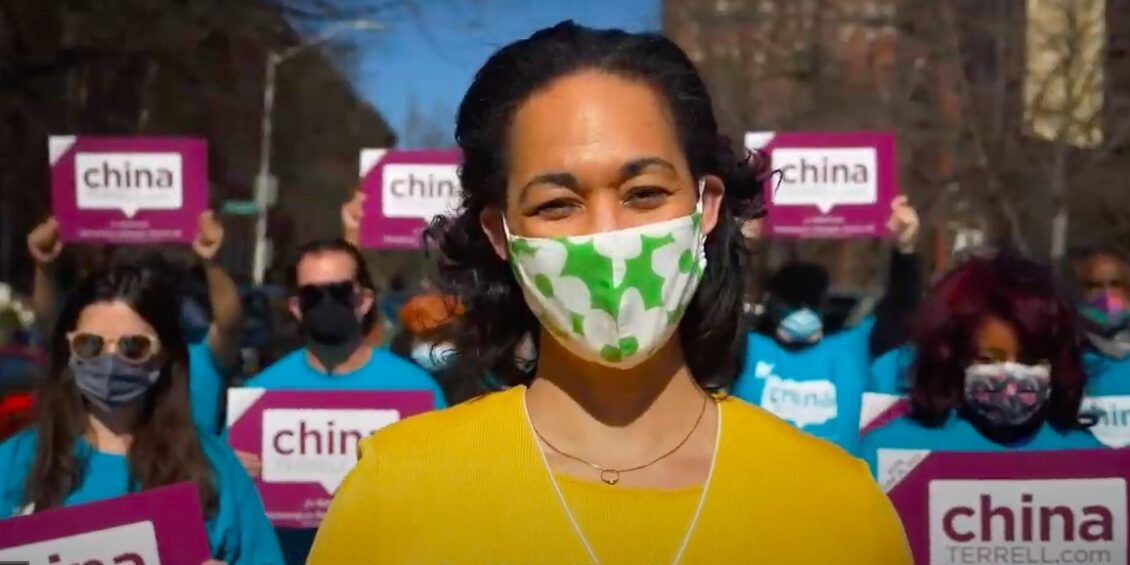 Josh, Elaine and I had met the grandmother who was killed this week.  We  remember how warmly she would welcome us to church. Josh remembered her bright smile.

This week’s news broke my heart (again) and shook my faith. But I do see a way out of this chaos. And I know residents see it too.  When we knock doors, residents tell me and my volunteers exactly what the city needs to get back on track. And I agree.

Baltimore City is preparing to distribute $640 million in additional funding. And the State of Maryland has a $2 billion surplus this year.

Based on resident feedback, here is what I would champion as your delegate:

People need therapy from a very early age to process and manage trauma, so they can realize their full potential and so we can build a more peaceful society.

At every grade level in Baltimore City Public Schools, children should be learning in small groups age-appropriate therapeutic techniques for conflict resolution, problem solving, role play, calming one’s mind, and changing thinking patterns.  These are life skills that have to be a part of the core curriculum.

Maryland has some of the strongest gun laws on record, so guns are often trafficked in from elsewhere. But here’s what else Maryland can and should do:

The children in Baltimore do not have enough to do. In the 1970’s, Baltimore City used to have over 100 recreation centers for our 250+ neighborhoods. Today we have about 44 and they are closed on Sundays.

We can extend lifelines to our kids with more recreational centers, more youth counselors, family programming, and free, accessible therapy at every center. The recreation centers should be open seven days a week.

In my spare time, I provide pro bono legal services for getting a group of neighborhoods a new recreational facility.

Two weeks ago, one of my architectural and engineering teams hosted a STEM workshop for high school students. We explored the technical drawings, presented our design challenges, and the kids built their own mini-models in response to those challenges.

They loved it. We loved it. We did it on a day that Baltimore City Public Schools was closed. The work that I’m doing today, I will continue on a larger scale as your Delegate.

The most effective violence prevention strategies in the US are group violence reduction strategy and cognitive behavioral therapy.

Law enforcement in a city with a murder rate nearing 60 per 100,000 people is its own trauma. And it is dangerous to have police officers doing their jobs with low morale. We can and must reform policing and support officer morale at the same time.

—Light our streets.  We need pedestrian street lighting and porch lighting along every city block. In low-income black neighborhoods in Baltimore, there is no pedestrian level lighting.  But that lighting is everywhere else….

In two months, I expect to ribbon cut on the first and only permanent artistic light installation in a low-income black community in Baltimore. The work that I’m doing today, I will continue on a larger scale as your Delegate.

—Clean up the trash.  We need a paid environmental corps with a specific focus on Baltimore City streets and alleys. And we need a bottle deposit program. Beverage containers constitute more than half of the trash along our streets.

Bottling companies are very effective at stopping those bills in state legislatures nation-wide, but in Maryland, we can’t let them stop us from doing the right thing.

—To get vacant housing to functional zero, we need to make the opportunities to invest in Baltimore’s low-income  communities more valuable than it is.  This means we need to slash the property tax rate, slash water bills (by working with the federal government to shift the cost burden), restore and build new neighborhood amenities and subsidize the entry of small businesses into low-income neighborhoods.

I am leading a project to bring five new businesses —three of which are black-owned—to a four-acre campus in a low-income neighborhood in Baltimore. So far one of my tenants has created 105 full-time equivalent jobs paying living wage. The work that I’m doing today, I will continue on a larger scale as your Delegate.

Most Baltimore families do not make enough money. While Maryland has the second highest median income per household in the country at $84,000, Baltimore households make only $50,000.

We can lift wages by making workers more productive and by creating more competition for them among employers.

We can make the workforce more productive with free community college for at least the next eight years.

We can build two regional career and technical high schools that every other public school feeds. The goal is to have youth graduate with licensure in the trades from high school.

We can attract new companies to compete for workers by halving the personal property tax and building smarter transit.

Forty-four percent of black boys and girls miss nearly one month or more of school every year. Missing school is the most powerful predictor of delinquency.For a safer city, children need to be in school. Families with elementary school children need more support to get their kids to school on time.

There’s also a concern that having high school kids rely on Baltimore City buses to get to school makes it too easy not to go.  We need to understand the impact that our transit system has on school attendance.  And for older kids, we need compelling school programming and persistent, dedicated outreach.

We undercount and underserve Baltimore’s homeless. And their plight—especially that of homeless children—deepens the city’s chaos.

Baltimore City’s Continuum of Care is not funded for modern best practices. We need permanent supportive housing in safe and secure communities for veterans, families and chronically homeless individuals.

This means that homeless service providers need bundled funding from the state—with capital, operating and service dollars all in one. They need grants for technical assistance to get reimbursements from Medicaid and evaluate their programs.

With Biden pushing for nearly every incentive Baltimore has wanted to do but couldn’t before afford (first-time home buyer assistance; help to close appraisal gaps; assistance with energy-efficient homes; and more), our job in Baltimore is simple and small: help families have stability in their homes—whether they rent or own.

I’m running for Delegate based on results to date, not promises.  Much of this agenda is work that I am already achieving in our city.

In four years, I’ve brought over $13.5 million into the city’s lowest income communities for culturally sensitive economic development. Having been faithful with a little, I hope you’ll support my bid to do more to make Baltimore safer, healthier, and wealthier.