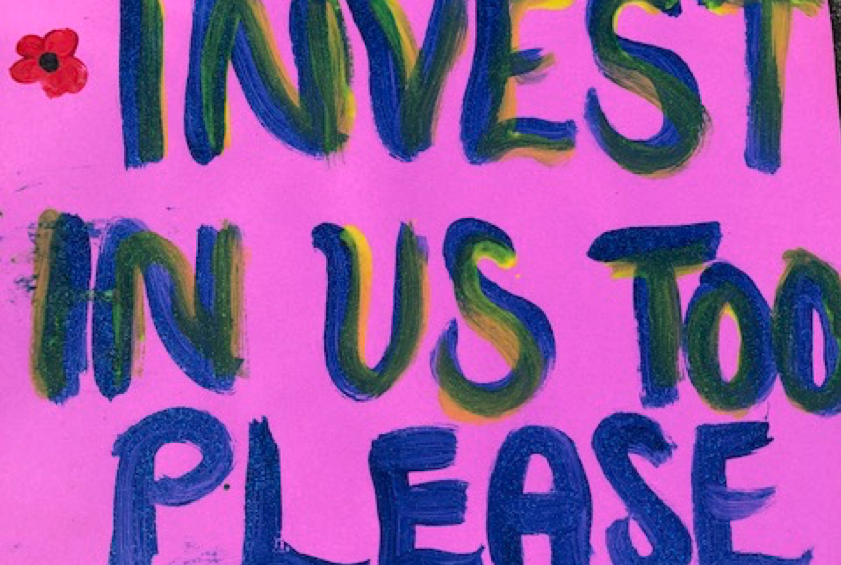 Our campaign volunteers and I hope everyone had an incredible Independence Day! My family watched fireworks at the National Mall. And this past weekend we visited a New Jersey beach where my father-in-law preaches at a summer church every year.

But even before heading away with family, I knew I would drive three hours back to Baltimore on Saturday for a protest with the people of Poppleton.

Poppleton is an incredibly close-knit community in Southwest Baltimore. The neighborhood is mostly black. There are near-century homeowners and families who have been renting the same house for well over 20 years. The city is forcing Poppleton residents to relocate to make way for new investment.

Investment to reinvigorate Baltimore’s black neighborhoods must also be for the black working poor. And every elected official should be on record as saying so.

Interestingly, most of Baltimore’s 4.5% population loss since 2016 occurred because the working poor left Baltimore City.  This is unlike the 1990s and the 2000’s when it was Baltimore’s middle class that left.

But as with the middle class exodus, when the working poor leave, they are leaving behind neighborhoods that are more vacant and more deeply steeped in poverty—ideal conditions for more violence. Neighborhoods languish while it takes a decade or more to build investment for even a $30 million high-impact development strategy. I know because I am five years in on one of those strategies.

The economic development policies in place for black low-income neighborhoods feed the tale of two cities that so many decry. We can change that.

In my work, we are proving new ways to hold onto the working poor when development is happening. We are ensuring they benefit from increased property values, while being protected from higher taxes. And we are setting goals for legacy family retention and tracking to ensure we have met those goals over a ten-year period.

As a candidate, I made signs and drove three hours to protest and bear witness with the people of Poppleton.

As your delegate, I will invest state resources in their ascent to the middle class.

The working poor will know that when the Calvary comes with investment dollars and amenities, it’s for their rescue, not their deportation.